Some views from our parliamentarians

I see that the MP for Cambridge, Dr Julian Huppert, secured the adjornment debate last Friday.  His speech is reported in Hansard and he took the opportunity to raise cycling with the Minister of State for Transport.  I do recommend reading his speech.  It is stunningly good and he manages to raise in a few minutes some of the issues I have been raising in this blog.  He deals with the merits of cycling, the importance of bikeability cycle training, the enforcement of cycle lanes, the poor quality of most 'shared use' cycling facilites built in defiance of the DfT's own hierachy of provision, the excessive advocacy of cycle helmets.  I particularly like this in relation to motorists who harm cyclists,
"We must encourage the police and the Crown Prosecution Service to be more ambitious in the choice of charges and the decision to prosecute, so that judges and juries can decide whether an excuse is good enough.  Driving with a reckless disregard for the safety of fellow road users should be treated very seriously."
Mr Huppert goes on to deal with cycle parking, showers/lockers at workplaces, integration with public transport and then raises the subject, close to my heart, of cycle racing on the Highway.

Mr Huppert is a Liberal Democrat, the sooner he is given a job at the Department for Transport the better.

Disappointingly, at least one motoring organisation, apparently intent on seeing the sharing of roadspace as a battleground rather than a matter for cooperation, has taken exception to Mr Huppert's words.  This is not a party political blog, nonetheless it is rare to find a parliamentarian of any political party talking so much unadulterated sense and Mr Huppert gets my full support.

The response from the Minister of State, Theresa Villiers, was less impressive though she did point out that "Cycling can also help us to address the obesity problems that cost the NHS and wider society around £20 billion annually".  She did not disagree with Mr Huppert's comments about reducing the stigma attached to cycling by lowering the apparent dangers.  She should really have a quiet word with her colleague in government, Eric Pickles MP, Secretary of State for Communities and Local Government, who attended a conference last week on 'Urban Planning and Liveable Cities.'

Asked a sensible question by Mark Ames of ibikelondon Mr Pickles gave a very silly response (transcript here).  He did not seem too intent upon reducing the stigma some associate with cycling by refering to pedalling in rubber knickers up and down the place to go to work.  I agree cycling need not be long or arduous and does not of itself require special clothing (and I include a helmet in that).  Everyday cycling in ordinary clothes is much to be encouraged.  However if you are going to go far or fast (and looking at Mr Pickles he may not need to be going too far or fast to sweat profusely into his cotton Y-fronts) you will soon learn that lycra (so far as I am aware a synthesised product containing no rubber) is vastly more practicable than cotton or wool.  I cannot imagine that anybody save Mr Pickles would dream of trying to cycle dressed in rubber.

As for his comment that even he might venture out eventually if we make it just a little bit safer; there is no kind way to say this Mr Pickles, but Ms Villiers's response applies to you.  You are endangering your health far more by not cycling than you ever would by 'venturing out'.

If only we had a few more who did not just talk the talk but ventured out properly as Dr Huppert does, we really might start to make progress. 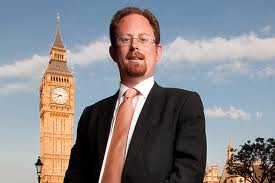 So, two parliamentarians, guess which one 'ventures out' on a bicycle. 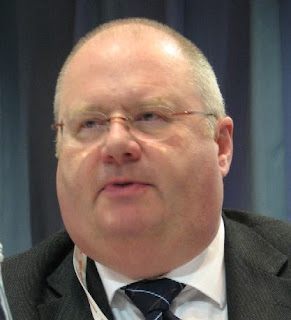