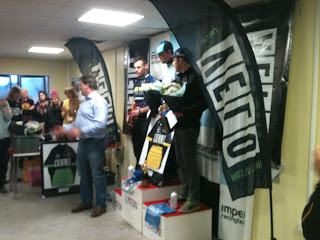 At a personal level I have hugely enjoyed the racing, though I have done fewer of them than in the past 5 years.  It has been perfect for me to dip a toe tentatively back into racing after the traumatic end I had to last season.  I definitely need to work on my (lack of a) sprint but with most of my 'training' done commuting into London, this can be awkward.  The great popularity of the series confirms to me that racing cyclists are spearheading the post-Olympic boom in general cycling.  Within the current welcome initiatives to popularise cycling further it is, in my view, important not to lose sight of the interests of those who wish to cycle fast.
Posted by Martin Porter at 11:25 2 comments: