What's the difference between a footballer and a cyclist?

Knock a footballer over in a vicious unprovoked attack and you get 16 weeks in jail.  Knock a cyclist over in a vicious and unprovoked attack and get a police caution and the sympathies of a civil court that will bend over backwards to help you avoid bankruptcy or the seizure of your assets.
One consistent theme of the justice system is that if the victim is a cyclist the kid gloves go on.
Posted by Martin Porter at 18:12 8 comments:

Cycling on Dual Carriageways - An Open Letter to The Times

I wrote to the Times yesterday in response to the letter from HHJ Tonking that they printed last week about banning cyclists from dual carriageways where the speed limit is more than 30, or possibly 40, mph.  There is no sign that The Times is interested in printing my response.  They used to print stuff from me but that is before I morphed from a lawyer to a cycling-nut.


In recent times cycling in this country has enjoyed massive highs with a summer of almost incredible sporting success but also tragic lows when individual cyclists (like Rob Jefferies of British Cycling and Mary Bowers of The Times) have been killed or have sustained quite devastating injury.  Like The Times’s campaign to make our cities fit for cycling, British Cycling’s campaign for justice for the victims of traffic collisions is soon to be debated at Westminster.  How telling that His Honour Judge Tonking’s (letters 03.10.12) response is a call to ban cyclists from many of Britain’s roads.  Cyclists historically were huge supporters of the construction of motorways, hoping that this would civilise the non-motorway network.  Many roads that by-pass existing provision (Baldock by-pass, Hindhead tunnel, Hammersmith Flyover to name but a few that spring to mind) are not open to cyclists.  Mr Tonking’s suggested blanket ban would cover many roads that form a cyclist’s most convenient direct and fast route from where she is to where she wishes to be.
Mr Tonking sits in the Crown Court and therefore deals with the most serious cases.  Sitting at the pinnacle of the state’s post collision response, he has the power conferred by Parliament to ban the worst drivers from our roads for substantial, even life-long, periods.  His language of ‘accidents’ and of ‘a moment’s inattention’ and his focus on cyclists using ‘dangerous trunk roads’ and to high visibility clothing typifies the exculpation of those responsible for, and the blaming of the victims of, bad driving.  It is a demonstration of how deeply the car culture is ingrained in our criminal justice system.
Cycling is both a leisure activity and a viable and responsible means of transport.  Cyclists will be attracted to roads that enable them to cover distance swiftly and efficiently without numerous stops and junctions.  Dual carriageways make passing slower vehicles easier and have sight lines which render  talk of momentary inattention, at any legal speed, wholly inappropriate.  By all means make better provision for cyclists so that they can reach their destination at the same speed on better infrastructure but let us not stifle cycling by withdrawing the existing facilities.
Happily Mr Tonking does not have the power to make the law.  He does though have the duty to enforce it and this is where his contribution to the safety of cyclists on our roads should lie.
Yours faithfully,
Martin Porter QC
Posted by Martin Porter at 10:10 38 comments: 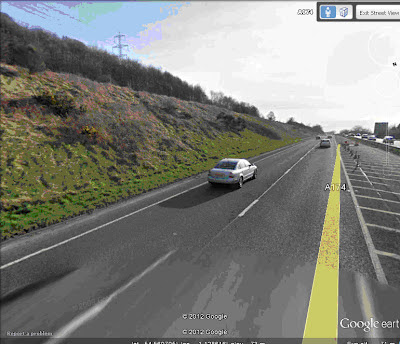 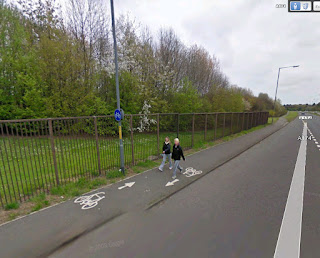