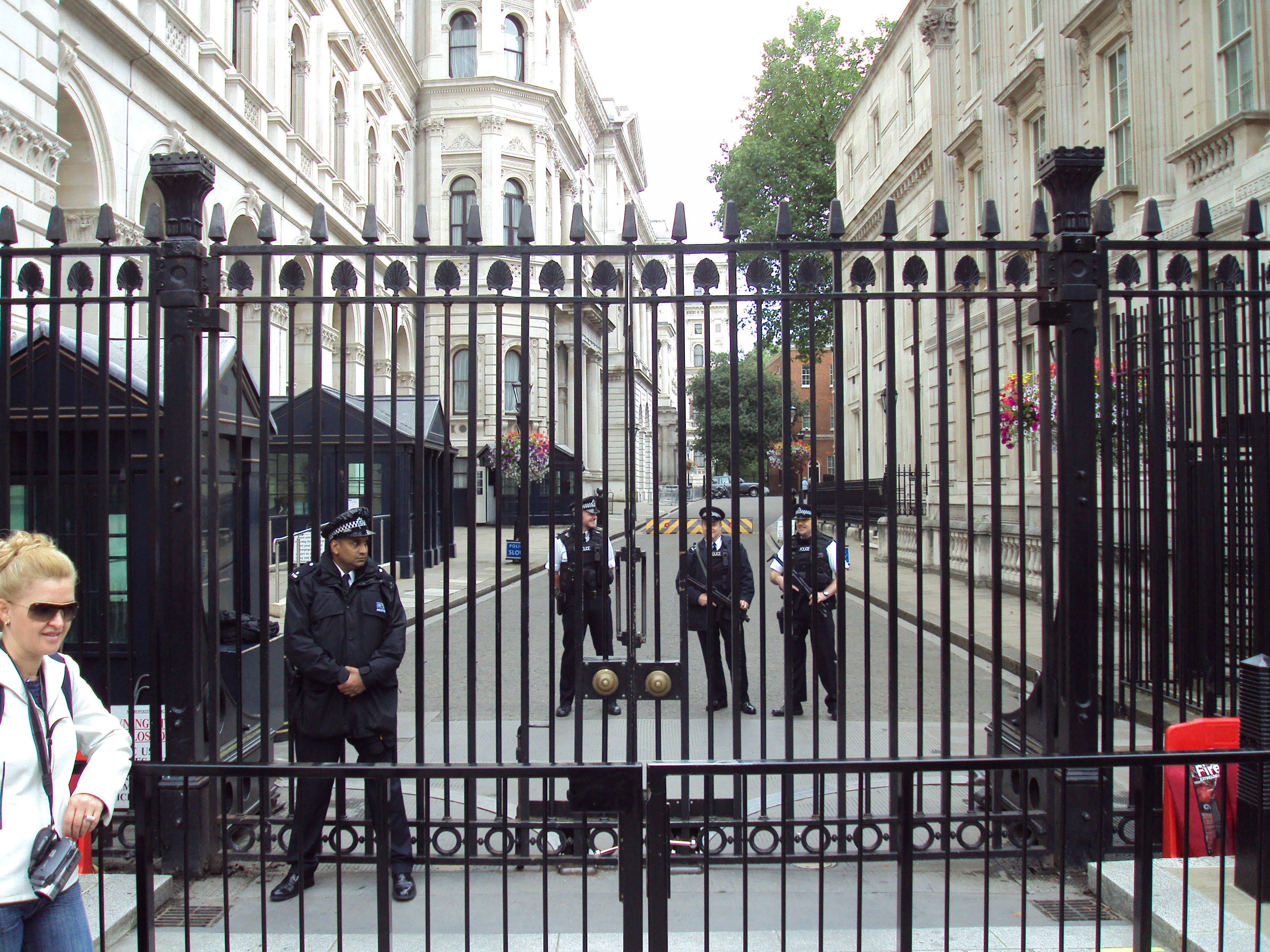 I suspect an element of fault on both sides here.  Andrew Mitchell MP, Government Chief Whip, is going to have to learn that he is a member of the establishment unless and until he takes to two wheels when he becomes a mere 'cyclist'.  The notion that he would be extended the same courtesy as if he were in a chauffeur driven motor car is just unrealistic.  He should have meekly got off his bicycle wheeled it along the pavement and through the gate and remounted.  I have done this fairly regularly at the request of a policeman though I always feel like rebelling.  Threatening to arrest Mr Mitchell (if true) does itself seem to me an unnecessary escalation.

Linking this to the awful double murder in Manchester, as the Sun newspaper does, is not in my view justified.  It would be quite wrong to associate those who question police action (or inaction), however impolitely, with the unspeakable evil that resulted in two dead police officers.

Mr Mitchesll MP, I am sure, deplores the unnecessary loss of human life.  It is news to me that he cycles - good on him.  but why has he not signed up to EDM 407 which reads

That this House notes that many victims of road accidents do not feel that the criminal justice system adequately protects or supports them in the aftermath of their case; further notes that it is important that those who have suffered traumatic incidents are given effective and sympathetic support as they attempt to rebuild their lives; welcomes the work of British Cycling and other groups, including CTC, Sustrans, London Cycling Campaign, The Times, Cycling Weekly, RoadPeace and Brake to raise the profile of the issue; and calls on the Ministry of Justice to review carefully the evidence they have submitted and undertake a comprehensive review of each part of the criminal justice system, from crash investigation standards through to sentencing guidelines, to ensure that it is fairer for cyclists, pedestrians and other road users who are hurt or seriously injured on the country's roads.

[NB: if I had drafted this I would have ensured it included reference to the relatives of those killed on the roads in line with the evidence submitted to the Ministry of Justice.  Still, its general import is clear].

If you are one of his constituents, perhaps you could ask him.
Posted by Martin Porter at 10:48