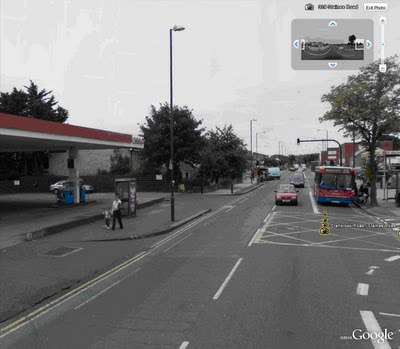 
What should cyclists do faced with this hopeless provision?  Ideally, we should ignore the lane and ride as though it was not there, but that runs a greater than usual risk of attracting aggression from uncomprehending motorists.  I tend to follow John Franklin's suggestion of straddling the line.  This is hardly ideal and Government complacancy about the design of our streets clearly needs to be dispelled.  It would be much safer if the cycle lane were just removed.
Posted by Martin Porter at 20:46