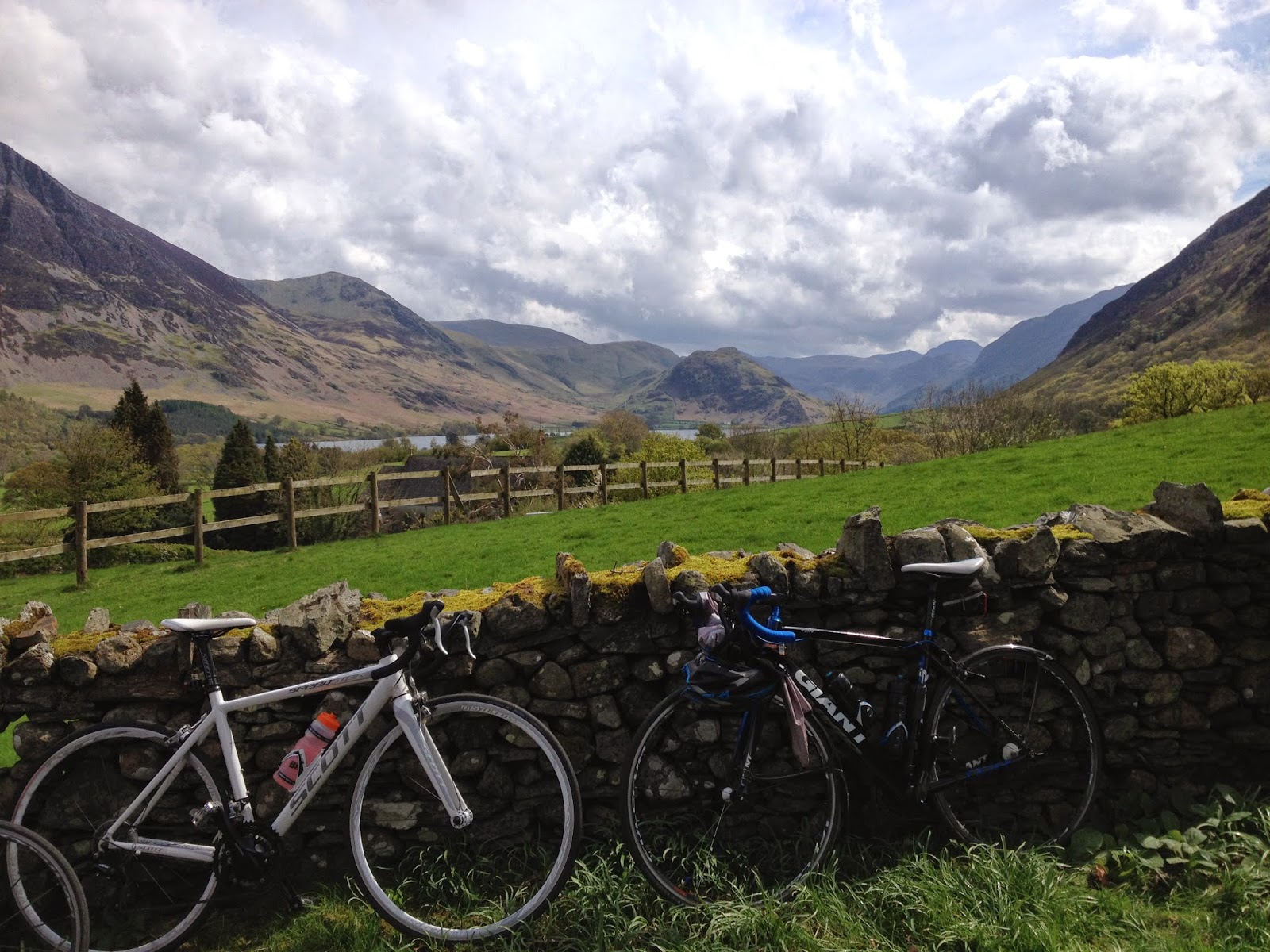 Yesterday I took part for the second year running in the Team Townend Challenge held in Cumbria to commemorate the lives of the two brothers, Christian and Niggy Townend who were so tragically killed in December 2010 when they were run down from behind by a coach driver who successfully claimed the winter sun as a defence at his subsequent trial.

The event is fantastically organised by the family and friends of Christian and Niggy with all proceeds going to Roadpeace, a charity which supports victims of road traffic collisions and campaigns for much needed improvements in our criminal justice system.

Far too many further recent examples exist of failures to prosecute and of unsatisfactorily run court cases and inquests.  Much needs to be done.

Unlike many sportives a leisurely start is possible which is just as well as the morning was wet and the afternoon glorious sunshine.  I rolled off from Loweswater Village Hall just after 1000 into a light drizzle and headed to the first pass, Whinlatter, a reasonably gentle climb but today into a easterly headwind.  Over the other side at Braithwaite I started the anticlockwise loop up Newlands Pass, still in the rain.  This pass starts gently (by Cumbria standards!) but steepens at the top.  During my final lunge for the summit my rear wheel spun round uselessly with my right foot going down so fast my first thought was that I had snapped the chain.  I was stationery for an instant whilst I sat down and forced the left foot down weaving to the top precariously from the saddle.  The previous day my new rear wheel (to replace my crash damaged one) had arrived but I had not had time to sort it out and found an old training wheel with a much needed 29 sprocket but with a rather cheap tyre.  Fortunately I still had my good front wheel with a good tyre on it so at least I had good grip going down the other side.  I paid for that good grip later though (see below).

Next up Honister pass from west to east into that headwind, even steeper at the top but luckily it had stopped raining and the sun had come out by the time I got there.  I found it hard (potential sponsors please note - I was seriously challenged).  With the roads still wet I was worried, though I was able to do it out of the saddle with only minor slippage.  With my speed dipping below 4 mph I felt seriously unstable and my lung and shoulder decided to remind me they had been traumatised a few months ago.  It was a massive relief to get to the top.  then there was a good 'easy' section along the west shore of Derwentwater and back over Whinlatter this time with a welcome tailwind back to Loweswater.

Tea sandwiches and cakes were all laid on by hard working volunteers and I partook greedily before setting off to do it again but this time taking the Honister/Newlands loop in the opposite anticlockwise direction.  The sun was shining and the roads were drying so I wanted to get a full day's ride in - besides one circuit for each of the brothers seemed appropriate.  So back over Whinlatter, then the left turn to the west shore of Derwentwater via small roads strewn with flints.  I soon learnt that good grip = poor puncture resistance as my front wheel got its first flat of the day.  After replacing the tube I managed an act of cycling stupidity surely worthy of the back page of Cycling Weekly when I failed to zip up the saddle bag.  When I punctured again within a few miles I realised my tyre levers had fallen out and I had to retrace my steps regular reinflating the wheel until I found them strewn across the road.  Now with no spare tube left I pressed on thinking the roads would improve and if worst came to worst I had a little pack of self-adhesive patches.  This time up Honister I had a tailwind but I really struggled to make it up the lower steep section of the climb even though the now dry roads left me with no friction problems.  Equally the last part of Newlands (back into a headwind) seemed very touch and go.  After that though it was relatively plain sailing back past the now quiet Loweswater Village Hall to my B&B.

Supper was in the Kirkstile Inn.  After rehydrating on a few pints of Loweswater Gold Ale, I decided to cycle the 2 miles back to my accommodation.  I was somewhat conscious of the fact that had any motorist charged around a blind bend on the narrow road into me then any subsequent inquiry and inquest would almost certainly not be interested in going beyond recording that I was 'over the limit' and not wearing a helmet or high-viz.  Fortunately though my luck held out and the worst that happened was puncture number 3 of the day just as I was reaching my destination.

Much work is needed and Roadpeace are working hard on our behalf.  You can sponsor me below.  If you do I will match your contribution.

Thanks
Posted by Martin Porter at 19:32