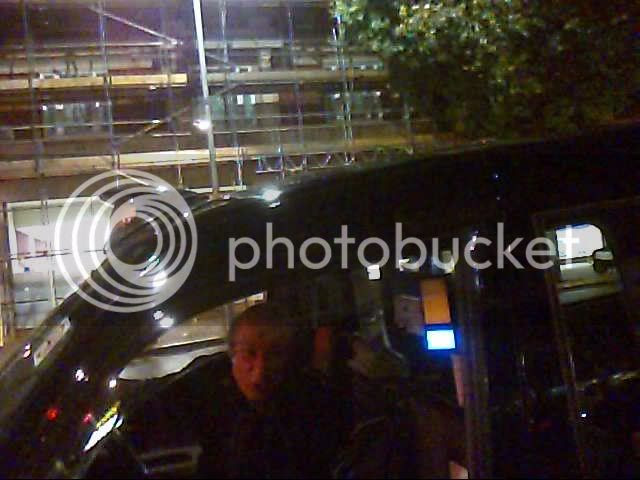 A bad week for me commuting (what with the threat to kill me on Thursday morning and being forced to the side of the road at a pinchpoint Friday morning) was rounded off with this 'advice' from a black cab driver to keep to the side of the road because 'my cab is harder than you are.'  The advice was delivered after he had come shockingly close to knocking me off my bike.

I have to beware of course of generalisations - I once sat next to a charming cab driver at a wedding and they always used to be friendly enough to me as a fare in the days when I used to use them.   Having said that I have been on the roads of London long enough to know that a substantial proportion drive with an arrogant assumption of entitlement to the road.  A lot have no respect whatever for red traffic lights and give woefully inadequate space to cyclists (whom many, like the one above, just appear to loathe).

Here is one cutting me up on Constitution Hill, a road which is barred to all other commercial vehicles (including as a University friend of mine once found to his cost, motorcycle despatch riders). 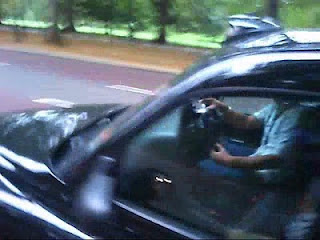 During my walk down the Strand on Thursday to visit Charing Cross Police Station I noticed that almost every vehicle in the substantial traffic jam was a Black Cab.

I suppose it is no surprise they feel an unusual sense of entitlement.  They are entitled to enter central London without paying a Congestion Charge; they are entitled to use bus lanes (including that famous one on the M4) whether carrying a fare or merely looking for one, they get free parking at numerous Central London locations that would cost anyone else several pounds an hour to get their breakfast, tea or whatever.  Black cabbies run profitable businesses.  So why on earth do they get all this direct and indirect subsidy from us?  Would be nothing to do with the frequency with which taxi fares appear on politicians' expenses claims would it?  Personally I do not buy the 'public transport' argument and am surprised that anybody does.  It is personalised transport on an even less efficient basis than private car use.

I know; this blog is starting to turn into a rant, but after a hard week I am feeling despondent.  I am sure it is nothing that a bit of bike riding won't put right.
Posted by Martin Porter at 16:38